Today's post is a bit different from my past posts, as all of the issues are from one house.  I inspected this house for an investor client and couldn't believe the number of issues I found.

The trim around the house was deteriorated in several locations.  This one had sagged so much that a family of birds had moved in! 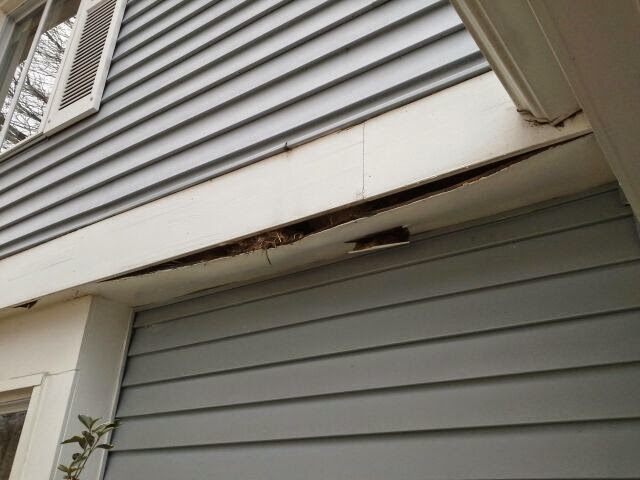 The sill plate under the deck ledger had deteriorated so much that I was able to push a car key in with no effort at all.  This will be a major repair, as the entire exterior wall sits on this piece of wood. 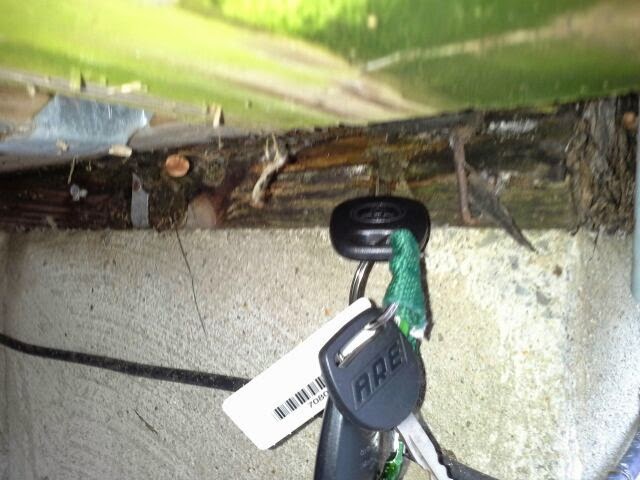 The siding on this, and several other houses in the area, was falling off.  This makes me wonder if an incompetent contractor went through after a storm and got a bunch of people to let them make repairs. 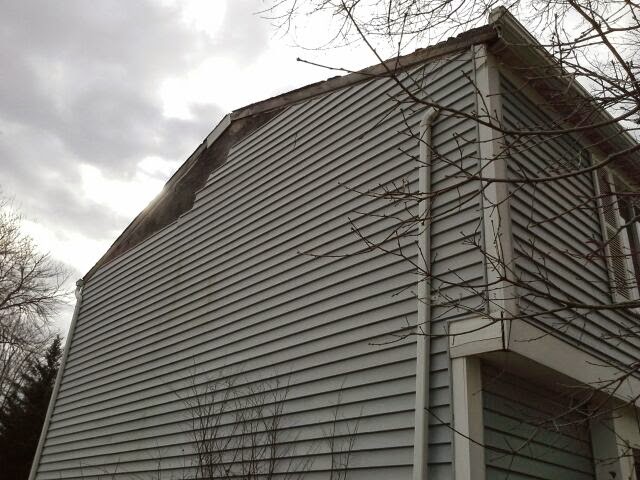 This is the ceiling in the garage where the exterior trim was damaged. 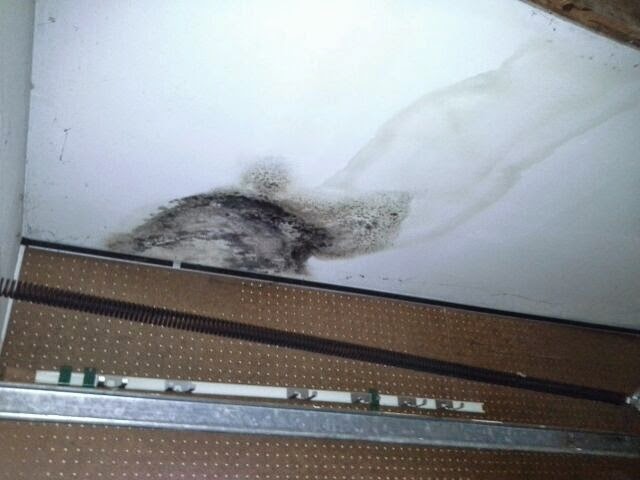 Here is the master bedroom closet right above that mold stain in the closet. 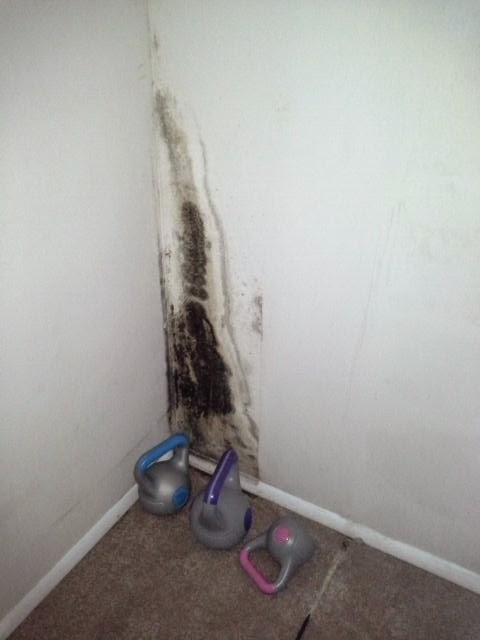 Hopefully most people realize that trees should be kept away from the roof to prevent damage, but this tree had already made its mark on the roof. 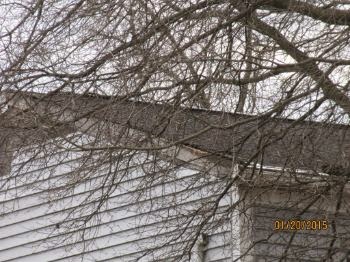 This is what I found in the bedroom closet right under where the tree had damaged the roof. 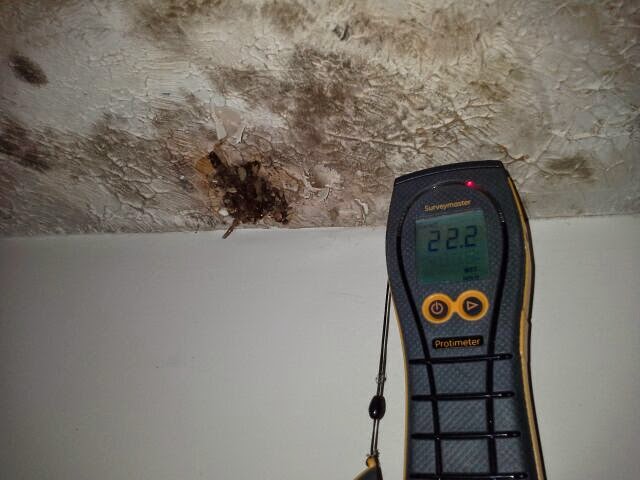 Even though this water damage was fairly evident, here's what it looked like on the thermal imaging camera. 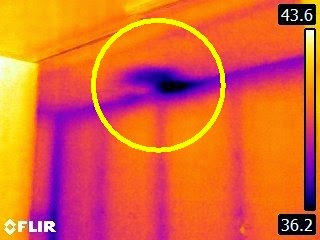 It took me a minute to figure out what they had done here.  This is actually the sump pump discharge.  No, it shouldn't be dumping into the house's drain system, and that's just where the problems began. 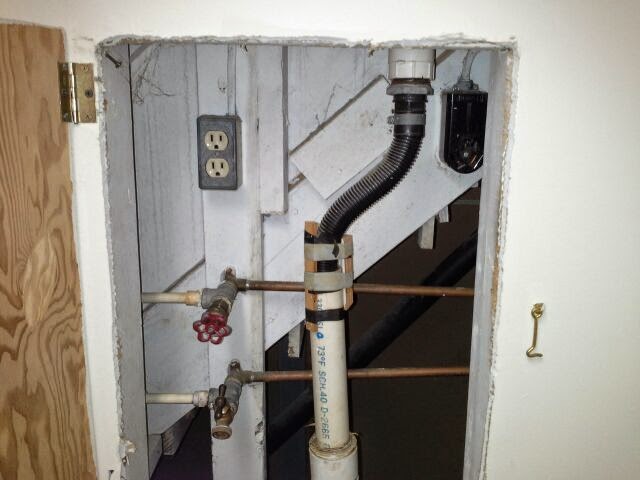 This breaker was for the heat pump, and was overheating quite a bit. 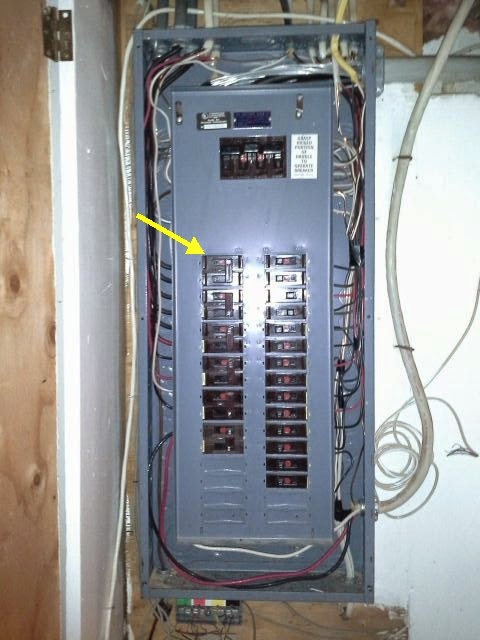 Thankfully it stood out quite clearly on the thermal imaging camera. 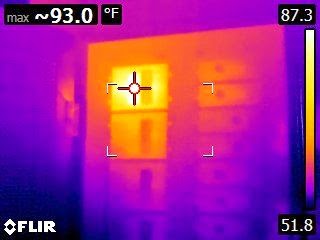 This was the ductwork, and it's one of the worst I've seen.  I have a feeling this will require a complete replacement of the ductwork.  I couldn't get a picture of the inside, but I wouldn't want to breath the air coming out of it. 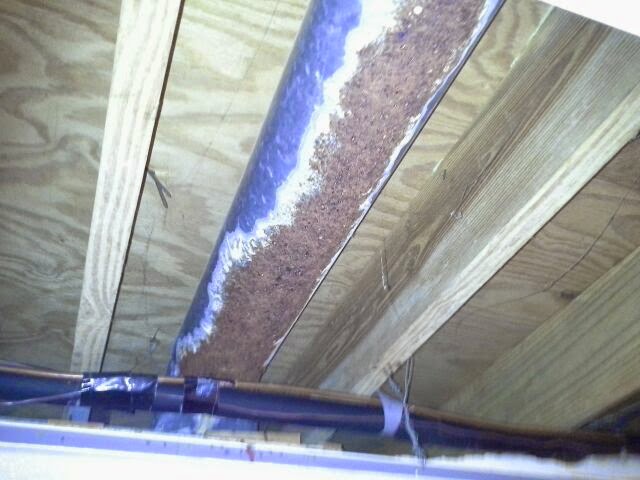 A neighbor told me that the basement had flooded at least once.  The fuzzy walls in the basement confirmed it. 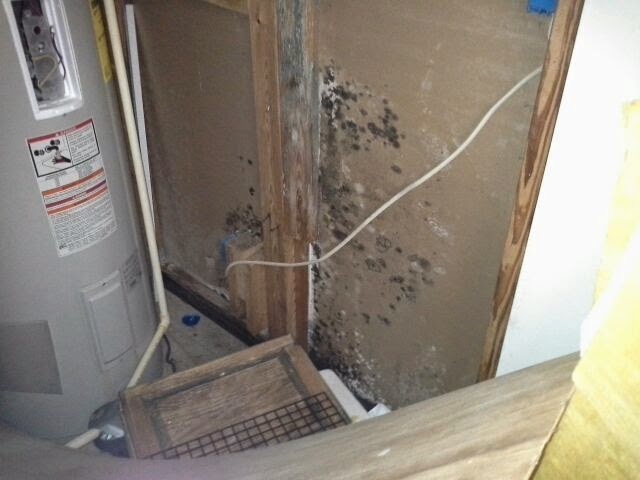 What's missing on this bathroom sink...hint for the Star Wars fans out there...It's a Trap! 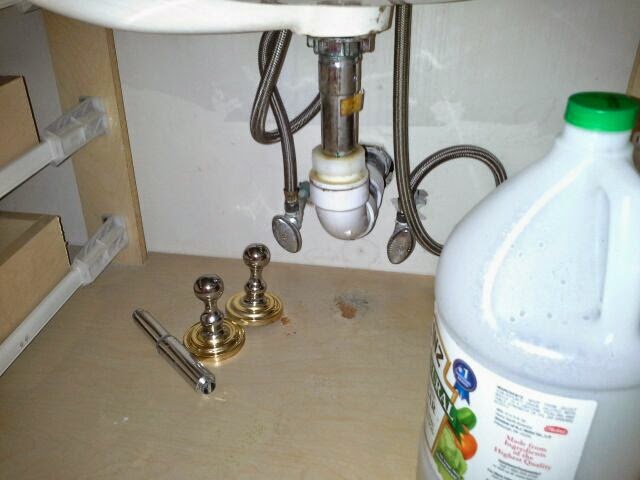 This addition was just screaming for attention.  I would guarantee there was no permit pulled for this one.  It was built on the old patio slab and supported with 4x4s.  Inside the drywall was cracked in many places, and I would have to say there was some structural movement going on. 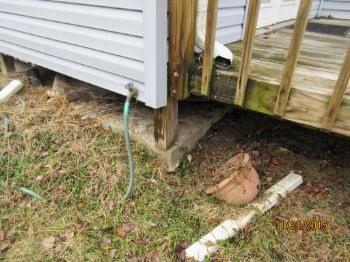 This is the underside of the addition, and aside from the insulation being installed upside-down, you can see the deteriorating support posts.  This is one addition that will probably not be able to be retroactively permitted.  My advice to my client was to plan on it coming down. 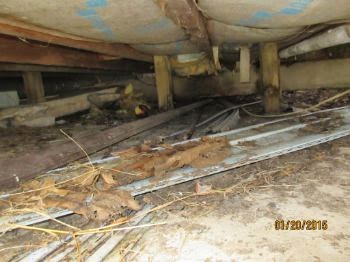 Just for a little humor, this was posted on the electric furnace. 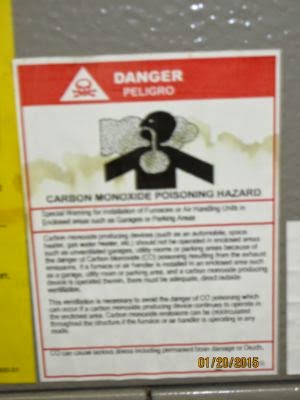 I always harp on making sure that your home inspector goes into the attic.  This is one of the few I didn't go into, since the critter this bait was set up for didn't take the bait and was still hanging out. 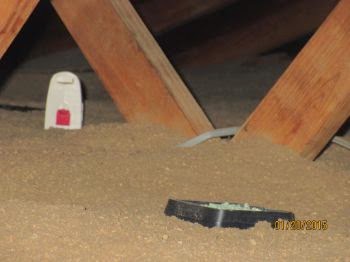 That's all for now folks.  Stay safe out there, and remember to hire the best home inspector you can find.  For more on our services, check out www.vhillc.com

Tagged:
The Facts about Lead Paint
Questions to Ask When Hiring a Home Inspector